A LIFE WITHOUT LIMITS

For Eli, retreat was never an option. Hit by shrapnel, bleeding from head to foot, his unit nearly wiped out, and facing overwhelming odds, Eli wouldn’t abandon his post in a tank. In a prolonged battle with 30 Egyptian tanks during the 1973 Yom Kippur War, Eli single-handedly knocked out four enemy tanks.

When it was all over, Eli had lost his arm, his face was riddled with shrapnel, and his eyes destroyed. But his action against overwhelming forces stopped the enemy advance and won the day. Through it all, Eli remembers saying to himself: “We have to finish this.”

Today, more than 40 years later, Eli is as determined as ever to live life to the fullest. A man of few words, with a no-nonsense attitude, he has become an excellent hiker, tandem biker, swimmer and skier. He also travels to help raise awareness about the Israel Guide Dog Centre and blindness.

When it was time for Glen, Eli’s last dog to retire, it became difficult for him to let go and for us to replace him. Because Eli has no left arm, he needs an extra-large dog to help him keep his balance. Eli also needed his new dog to be an attentive companion to help with both his blindness and his PTSD.

We agreed to partner Eli with a German Shepherd named Martin. As soon as Eli and Martin met, we could see they made a great team. And Eli decided to keep Glen, in his retirement, as a pet. Now Eli and Martin have embarked on their new partnership – enabling Eli to continue enjoying his highly independent, active life without pause. When asked why he wanted a guide dog, Eli simply roared “Independence!”.

Please support us so that we can continue to create more life-changing partnerships like Eli and Martin. 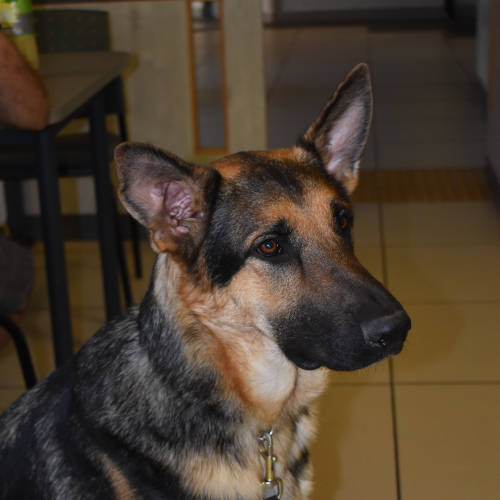 The Israel Guide Dog Centre is dedicated to improving the quality of life of blind and disabled Israelis.

Founded in 1991, the Israel Guide Dog Centre operates the only internationally accredited guide dog programme in the country. We are members of the International Guide Dog Federation. We provide our guide dogs free of charge to our clients. We are a small charity making a huge difference, but this is only possible thanks to the support we receive from you.

Any cookies that may not be particularly necessary for the website to function and is used specifically to collect user personal data via analytics, ads, other embedded contents are termed as non-necessary cookies. It is mandatory to procure user consent prior to running these cookies on your website.